Formally a traveling companion of the adventurers, “Nessy” as R. W. Nessingwary the Third liked to be called, was a accomplished hunter of some repute. His most notable accomplishment was in taking out two adult hippogriffs so that he could hand raise their offspring as his animal companion, an act that left a sour feeling in the stomach of many of his traveling companions.

He actively sought out exotic animals, specifically ones which he had not encountered and killed before, and prized his exotic torm mount named “Tromdor”.

Nessy was once caught in an attack of some magical discourse, and event that left him with an unhealable wound that oozed blue blood. Some will say that is what caused the dis-ease which addled Nessy’s brain, for in the end he attacked his own companions in a dungeon one evening. Their trust in him was never recovered. 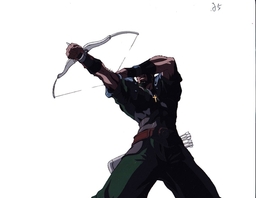